The rocks in the mid-continent region are packed with abundant fossils of marine animals of Pennsylvanian age. This outcrop belt stretches through eastern Kansas and Oklahoma, much of Iowa, Missouri and Illinois, and south into Texas. 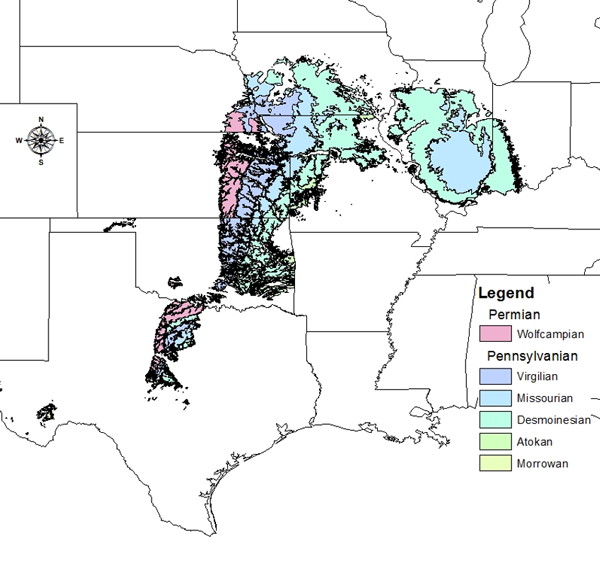 These Pennsylvanian fossils were laid down in an environment very different from that of present day Kansas. During the Pennsylvanian period (323 -299 million years ago), what is now Kansas and the surrounding states was an ancient, tropical ocean located near the equator. An illustration of the ancient paleogeography of North America highlights the position of Kansas under a shallow sea and shows the nearby mountains. 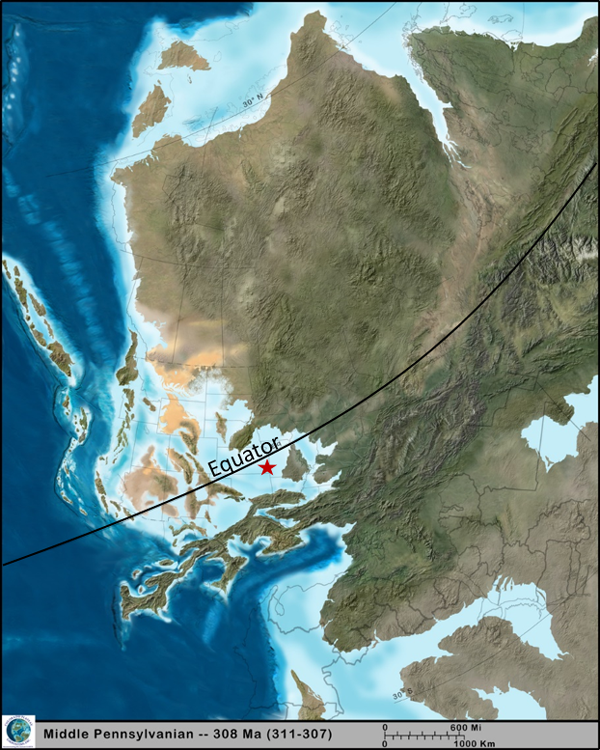 During this time all of the landmasses on Earth were coming together to form a single supercontinent known as Pangea. The action of continents slowly slamming together produced mountain belts, including the Appalachians, and depressed, or weighed down, the land in the mid-continent allowing the ocean to flood large parts of what is now North America. 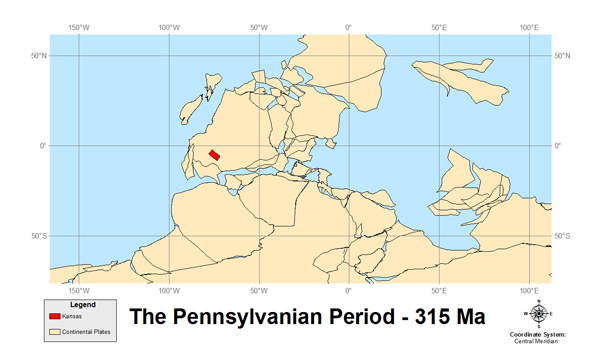 The Pennsylvanian makes up the latter portion of the geologic time period known as the Carboniferous, named for its abundance of coal-bearing rocks throughout the world. In the United States, the Carboniferous is broken into the coal-bearing Pennsylvanian and largely limestone-rich Mississippian. The Pennsylvanian rocks of the midcontinent are made up of repeating cycles of limestone and shale called cyclothems. These roughly symmetrical alternating packages of shale and limestone, such as this one from Highway 40 in Wabaunsee County, Kansas, will be familiar to many who have driven through eastern Kansas or northwestern Missouri. 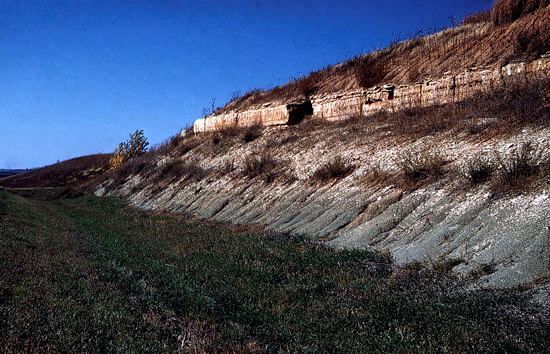 Unlike the cyclothems of the Appalachian basin, these cyclothems are predominately marine and lack thick coals. Each cyclothem represents a cycle of changing sea level, from shallow to deep and back to shallow. 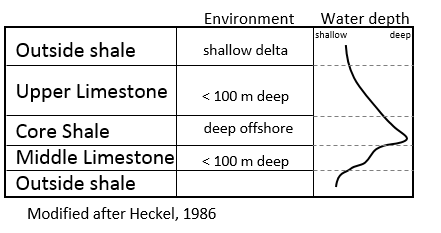 The lowest (oldest) level of the cyclothem is made up of a sandy shale containing marine fossils and representing nearshore environments.

As sea level rises, a dark, fine-grained limestone is deposited on top of the shale.

Sedimentary deposition in a marine environment of intermediate water depth.

The center of the cyclothem consists of a black shale recording the maximum sea level and the deepest environments.

Above the black shale, marine carbonate mudstones and grainstones occur, followed by a return to sandy shale and shallow deltaic environments.

Pennsylvanian fossils are found in many rock units throughout the midcontinent. These rock units have been temporally correlated across several states. The correlations for some states are extremely detailed, between Kansas and Missouri, for example, while some are correlated using coarser timescales, e.g., Oklahoma. Below is a list of the major Pennsylvanian rock units from the mid-continent for each time bin of the North American stages. 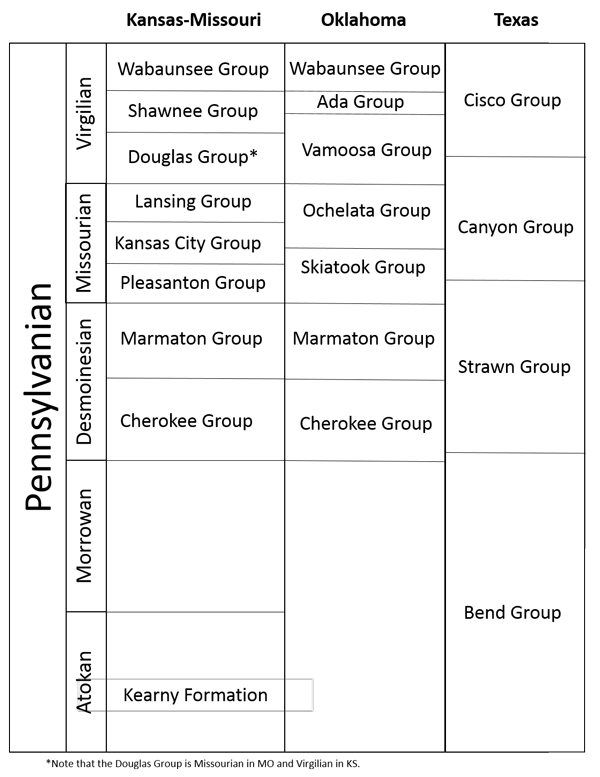 Overview of Pennsylvanian stratigraphy in the Midcontinent United States.